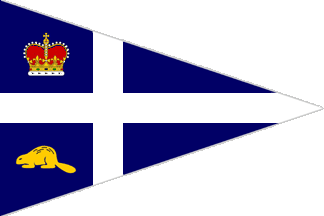 Just off of Toronto Island from August 21 – 27 some of the world’s finest sailors are giving their all in order to take home the prize of the North American Eight Metre Cup.

The 8Metre yacht (8mR ) dates back over one hundred years. Today, the 8mR class is comprised of the Classic and Modern divisions. Both types of boats must meet strict measurement criteria for the hull and rig in order to qualify in one of these divisions. Generally, the boat measures approximately 14 metres in length with beams (width) of around 2.5.

The Classic 8mR’s are the mainstay of the class. They provide a display of unmatched wooden beauty and are often kept in families for generations. These are the boats that come to mind first when people think about the 8mR class. The fleet’s status was secured when the Canada’s Cup, the most prestigious regatta on the Great Lakes, was sailed in the 8mR class in the 1920’s, 1930’s and 1950’s. Today, many of the 8mR yachts from this earlier era are still competing at regattas on Lake Ontario.

taken from yachts and yachting

The 2005 8 Metre World Championships were held at the Royal Canadian Yacht Club in Toronto. The first to be held in North America for 6 years saw only two boats travel from Europe after several pulled out, but they were the two best 8 Metres yet produced – Fleur de Lys from France and Hollandia II from The Netherlands – and they had not previously met. Fleur, owned by Gaston Schmalz, designed and skippered by Jacques Fauroux, won the 2002 and 2003 World Cups in Finland and France very easily and then lost the 2004 event in Geneva by just one point to Hollandia’s Dutch team, then sailing the much older Fauroux design, Lafayette, but with a new Ian Howlett wing keel, similar to that on Hollandia II.

Hollandia is a brand new 2005 boat owned by Jos Fruytier and Ruud van Hilst, and it is the first modern 8 Metre design by Doug Peterson and Ian Howlett. Skippered by Britain’s Philip Crebbin, Hollandia had already won the 2005 European Championship in Flensburg, Germany, in June on its first outing, leaving just enough time for the shipment to Toronto for the World Cup that had been delayed until August to allow boats to compete in both events.

Conditions for the event were very good, with remarkably steady light to medium winds, the strongest wind being on the last day when there was up to 16kts+ with quite sizeable waves. Only one race suffered with very shifty conditions from the land, but thunderstorms on the penultimate day saw one race lost and so 8 were held.

Not surprisingly the two European boats totally dominated the event, taking the first two places on the water in every race, often by a large margin over the next boat. The battle between them was clearly going to be close after they shared first places on the first day, with first blood going to Hollandia. In the second race Hollandia led again, but Fleur closed in on the first run and after a gybing and luffing battle they split marks at the leeward gate with the pressure meaning that neither boat made a clean rounding. Fleur chose correctly, gaining with a slight right shift up the beat, and just held off Hollandia down the final run. Fleur tried to protest Hollandia in this race, claiming they tacked too close on the first leg on their first cross, but without success.

Hollandia then gained the advantage with two good wins on the second day, being clear ahead throughout and winning by a minute or so each time. Behind them, Harry Voss’s former world champion Golden Feather from the USA, helmed by his daughter Kirsten, got established in 3rd overall ahead of Ron Palm’s Mystery, also from the USA.

The fifth race on the next day had the shifty land breeze and a big advantage was gained by the main part of the fleet going right. Hollandia was ahead of Fleur on the left of middle, but it was clear they were well behind the rest of the fleet even after only half the first leg. Beating Fleur was less value without winning the race and so Hollandia tried to minimise the loss by going more to what had been better and shifted breeze on the right. Fleur went back left which then proved to be the best way in the late part of the leg, catching up to 7th by the first mark with Hollandia punished back in 10th. By the end of the second windward leg Fleur was already in the lead with Hollandia in 4th, behind Mystery and Golden Feather. In a lightening breeze Hollandia fought through to 2nd by the finish, but could make no impression on Fleur who were well clear ahead.

With the lake breeze now in for the sixth race, Hollandia got ahead at the start and pushed Fleur back on the first leg, doing 18 tacks, but still just led round the first mark ahead of Mystery and Bruce Dyson’s new Pleione (modern below the waterline but classic above) with Fleur back in 4th. Fleur got through to 2nd up the second windward leg, but Hollandia won by 2½ minutes. This meant that Hollandia had to win once more in the final three races to win overall, but this was to prove to be a stiff task. Fleur had to win all the remaining races.

After a lay day and then a delayed start because of thunderstorms, Fleur got the early advantage in the seventh race in quite bouncy conditions with winds from the east, starting to the right of Hollandia, and then defended well to keep the gap constant throughout the race despite Hollandia’s attempts to fight back. Further thunderstorms approaching (with Toronto’s worst rain storm for more than a decade, including the CN Tower being repeatedly hit by lightning as well as highways being closed) meant that racing was ended for the day and with only one race planned for the last day, one race was then lost. This helped Fleur because she now only had to win the last race as the boats would then be exactly tied on points and race positions and Fleur would win the tiebreak because of winning the last race. So the stage was set for a last race showdown.

The extra wind and waves on the last day made it challenging for match racing short-crewed 8 Metres and with the whole fleet on the starting line there was limited room for manoeuvring. Hollandia tailed Fleur on starboard towards the port end, but Fleur had plenty of room along the line to start safely and then managed to gain the advantage after the start. Once clear of the other boats, Hollandia started tacking. Fleur only responded for a few times, but were slowly losing and so they let Hollandia go to the left of them. Near the mark Fleur came back and Hollandia had to dip them. Fleur tacked close to weather for the short distance to the layline and rounded just ahead.

At the offset mark, Fleur did a gentle bearaway while hoisting the spinnaker and Hollandia took the opportunity to turn more sharply on an inside line. After a while an overlap was established with both boats running square, going slightly below the rhumb line. The sideways gap closed, with Fleur’s boom overlapping the line of Hollandia’s spinnaker pole. As Hollandia gained slightly, they called for Fleur to keep clear, but eventually Hollandia had to avoid the end of Fleur’s boom and they also thought the spinnaker luff touched Fleur’s mainsail leach. So Hollandia protested.

Further down the run in a stronger patch of wind Hollandia briefly got ahead to leeward, by now being helped by surfing on the waves, but Fleur covered them to get back directly alongside. So they took opposite marks at the leeward gate. The wind shifted a bit to the left and so at the next cross Fleur was back in front by quite a margin. Hollandia initiated another tacking duel, which Fleur kept well spaced out, but Hollandia had significantly reduced the deficit by the windward mark. Down the final run Hollandia did everything they could to affect Fleur’s wind, but in the conditions only managed to close up very slowly, catching more quickly as they got closer right at the end. Fleur hung on well and after several gybes eventually crossed the line ahead with just over a boatlength of clear water between them.

So after an epic battle, it came down either to a tie with a tiebreak decision or to the result of the protest. With an independent witness on the boats’ course being below the rhumb line and Fleur also agreeing that their boom ended up overlapped ahead of Hollandia’s spinnaker pole, although they denied the spinnaker touched their mainsail, the jury decided in Hollandia’s favour (finding that Hollandia had not luffed above proper course and had had to take avoiding action, but without their needing to uphold that there was actually a touch) and Fleur was disqualified.

Mystery completed five consecutive races as third boat, picking up a second place for the last race, and so managed to beat Golden Feather for third place overall by one point.

The classic yachts also had a big battle throughout the week, with three boats in the hunt to win the Sira Cup, Ralph Reimann’s Iskareen, Diane Palm’s Venture II (steered by former world champion Bryan Gooderham) and Bart Meuring’s, Robert Roy’s and Cam Richardson’s Bangalore, (steered by Olympic medallist and Canada’s Cup winner Terry McLaughlin). Iskareen got ahead with two excellent third places on the first day and hung on to their lead throughout the week to beat Venture by three points and Bangalore by six points.

For the Hollandia team it was an excellent result, winning their second consecutive World Championship (and Crebbin’s sixth 8 Metre world title) and completing a great first year with their new boat, having already won the 2005 European Championships.

Overall Results: (8 races with one discard)