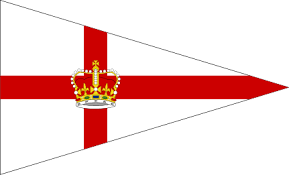 For the first time since 1911, the International 8-metre world championships will be held in Cowes this summer.

In 1951, at the age of 13, I was allowed to step aboard Sposa II, the last 8-metre at Aldeburgh, and I said to myself: ‘One day I will have one of these’. Some 49 years later I acquired If in Scotland and, after restoring her, found myself sailing in this amazing class.

The metre boats (5-23-metre) started in 1907 after meetings in 1906 of the newly formed International Yacht Racing Union, under the leadership of Brooke Heckstall-Smith, secretary of the Yacht Racing Association (YRA)., agreed an international measurement rule.

It is a formula that balances many factors, but essentially the Metre Rule is a factor of measured length and sail area, calculated to get the rating. This approximates the waterline length of the boat. The first boats were built in 1907 and attracted notable owners and designers. By World War I 140 boats had been built, designed by 52 different designers.

The class sailed in every Olympic Games from 1908 to 1936 and, as a result, competing countries were building one-off boats without a home fleet to support them. Fleets built up in several countries – in Britain, on the Solent and Belfast Lough. Scotland had the similar Clyde 30ft Restricted Class, but in 1911 they started with the Eights with an enthusiasm that has continued to the present day. At the International Regatta on the Solent that year the Eights assembled a fleet of 17, the largest in the regatta, representing six countries.

The rule was intended to be revised after ten years, but war intervened and the second rule was introduced in 1920, by which time a total of 193 boats had been built. The main difference in the revised rule was to take beam measurement out of the calculations.

This rule was used until 1933 and 147 boats were built. The Americans entered the lists with a batch of boats designed by Starling Burgess and built by Abeking and Rasmussen and several by other designers – Olin Stephens designed his first 8-metre, Conewago, in 1930.

In the UK the fleets were to be found on the Solent and the Clyde, although in the 1920s Aldeburgh, on a narrow muddy river, supported a fleet mostly in the ownership of one family, who had ten different boats over the years, of which five were built for them. They sailed in two Olympics and gained a Silver medal in 1924. These Olympics were raced on rivers, which probably explains why the Aldeburgh crews did so well.

With a crew of five or six, the boats were easily managed and seaworthy, the accommodation was adequate and they were able to sail to regattas. The Eights cost two to three times as much as a 6-metre so it is hardly surprising that many fewer were built. However, as they were built to Lloyd’s rules, there was a guarantee of long life which, together with the fact that they made acceptable cruising boats when outclassed for racing, has contributed to a surprising survival rate.

The second rule still runs today. The main revision was to remove the mid-section girth measurement, which allowed a conventional keel shape without penalty and gave greater stability for the same keel weight. By 1939 there were strong fleets in Britain where 28 were listed in class; France had 24, Italy 18, Spain 13 and there were a further 42 across other countries. A total of 28 had been built in or for America.

Just 16 more boats were built after World War II, including some in Australia. Then in 1967 Eugene van Voorhis of the Rochester YC commissioned Olin Stephens to design Iroquois following the latest 12-metre practice, separating the rudder from the keel, to challenge the Royal Toronto Yacht Club for the Canada Cup.

Van Voorhis already owned Iskareen, designed by Stephens in 1939, which was generally acknowledged as one of the fastest Eights of her day. It took a lot of tank testing before a new design was decided on that would consistently outperform Iskareen.

Iroquois was taken to Lake Ontario to tune up against Iskareen and the result was impressive. The Canadians decided a new boat would be necessary to have any chance of retaining the Canada Cup and the Cup was withdrawn from competition. This led Van Voorhis to ship Iskareen to Scotland for Clyde Week in 1969, where she showed a clean pair of heels to the local fleet of seven boats, all of them modernised, but not as efficient as the American boat. An overdose of Scottish hospitality led Van Voorhis to offer a cup for a world championship to be sailed here the following year.

In 1970 he returned and presented the cup to the Royal Northern YC and the world championships were won for the first time by Silja, with Iskareen 2nd. Iskareen was sold to Erik Maxwell. The Scottish fleet faded quickly after this. The next championships was held in Sweden in 1975 and once again was won by Silja, now Finnish-owned. In 1978 in Helsinki skareen, now Swedish-owned, had her turn and this was to be the last time that a classic won the worlds. The next event was held in 1982 at Visby, a Swedish island, and Van Voorhis brought Iroquois across the Atlantic and won, as he did again the following year in Hanko, Norway. The worlds have been held every year since then – nine times in North America – and the ever-developing fleet of modern Eights has provided the winner every time. Only once since 1970 has the event been in the UK, which was in 2007 when the centenary regatta was held on the Clyde.

Sourced from a article at the yachting world website